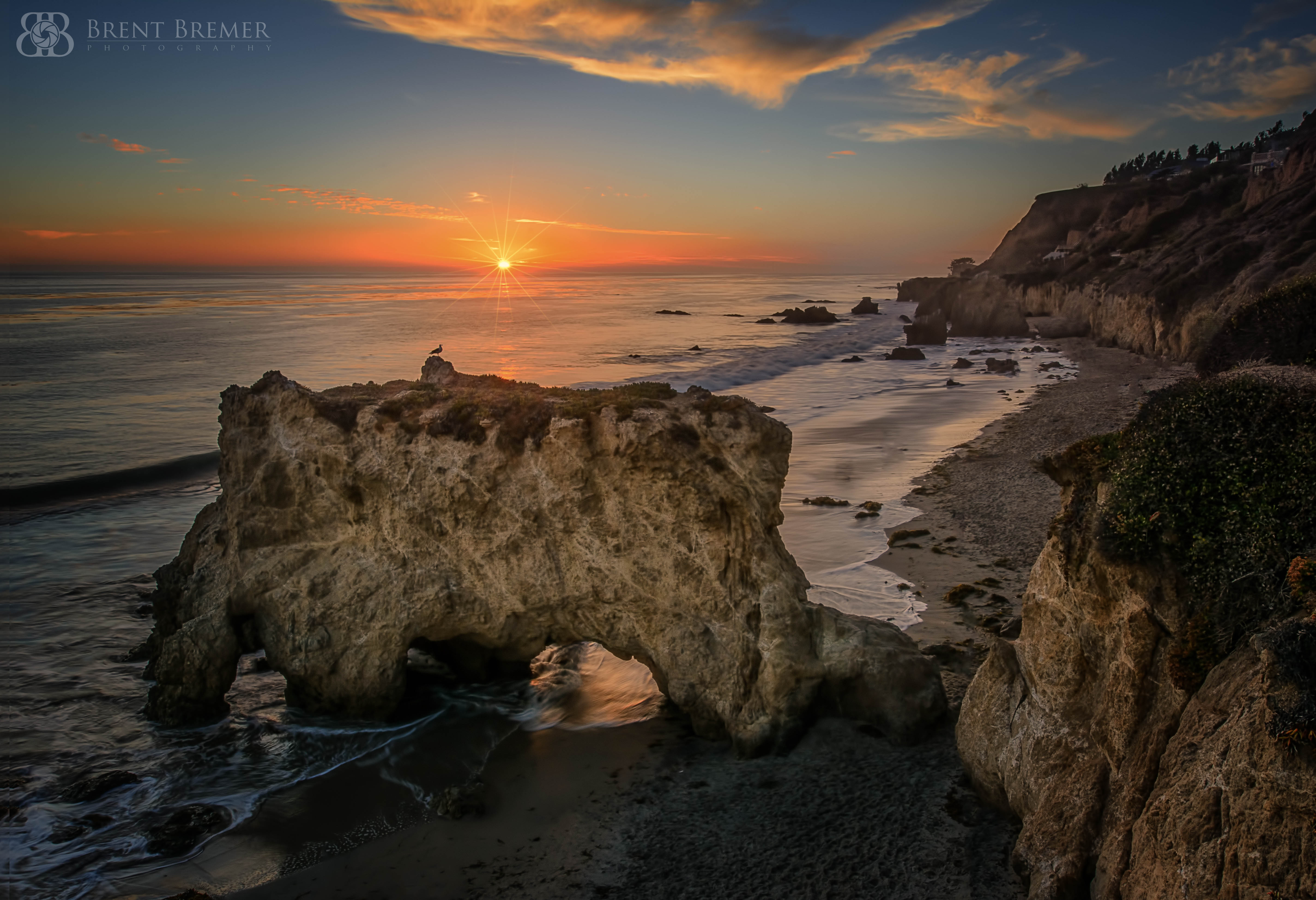 This is the second beach  location in my beach sunset series. This is El Matador Beach which is in Malibu California, right next to the world famous Zuma Beach. El Matador is well known for its rock structures and photographic scenery. It is also well know as popular location for model shoots .

On 1/25/14,  my wife and I got to the beach at around 2pm in order to scout around for some good locations to take photos. I have to tell you that this was one of the more challenging areas that I have gone to. You basically start of at the top of a cliff and have to hike down a pathway in order to get to the first set of stairs, then more pathway to the second set of stairs, then onto the beach. Going down the cliff was definitely a lot easier than going back up. This difficulty in reaching the beach sort of limits the amount of people that go there.  Once on the beach, we walked the entire length and found several possible locations. My wife caught an image of me while I was looking for a perfect spot as you can see here. One of the locations that I selected was that of the large rock formation that is supposed to resemble a bull. This is due to the caves in the rock that allow light to pass through them resembling legs and such.

As it got closer to sunset, the beach became more crowded with people also wanting to enjoy the sunset, along with quite a few photographers photographing models. Being down on the beach was not really going to work out so we went back up the cliff to about the halfway point and setup my tripod, camera, and equipment. I also figured that this would give an overall perspective of the entire beach. The image itself was very challenging in trying to capture the sunset and at the same time the details in the rock formations. My camera has a good amount of dynamic range, which allowed me to bring out the details in post processing.

I used my Nikon D7100 camera body with the Nikon 14-24mm wide angle lens. On the lens I had my Fotodiox filter adapter with a 3 stop graduated neutral density filter. As far as setting go, I pretty much used the same setting as my previous La Jolla sunset image. I used an aperture of f22, iso 100, and 1/3 second shutter speed.

Below is the final image of El Matador Beach. It was definitely a challenge but was very rewarding. Now I’m looking forward to the next location along the California coastline.