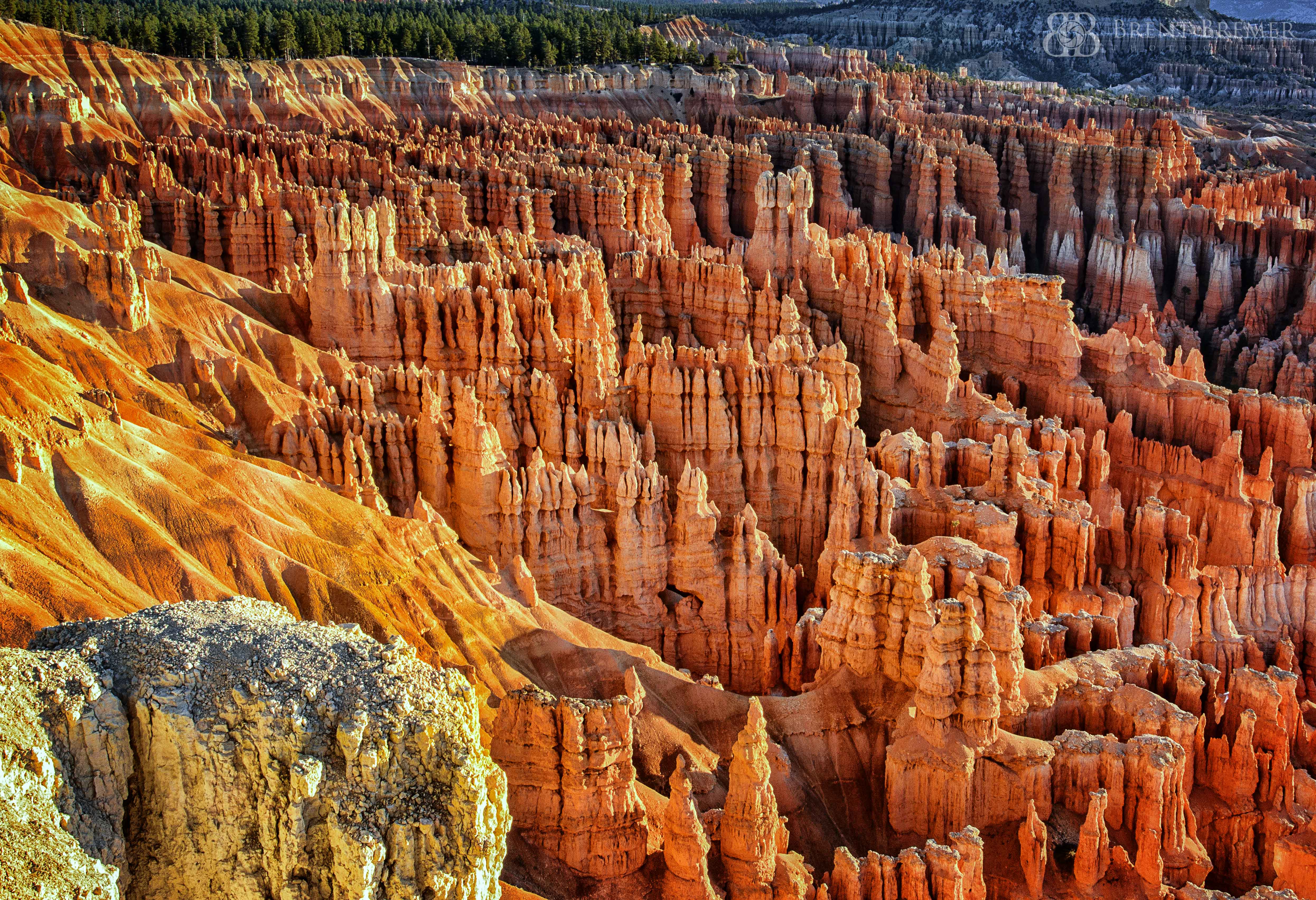 I decided to take a trip to Bryce Canyon National Park in Utah. It has always looked like an amazing place to photograph, so on Thursday 3/13/14 my wife and I headed out from Southern California and stopped overnight in Cedar City Utah, before making our way to our Bryce Canyon hotel which was still another 1.5 to 2 hours away. On Friday 3/14/14 we made our way to Bryce Canyon and began scouting for some good photo locations. Bryce Canyon has several viewpoints along the rim of the canyon and each one had its own magnificent view, each one being different in its own way. The viewpoint that I selected for the next morning’s sunrise was Inspiration Point. Inspiration Point gave you a wide view of the canyon yet at the same time placed you quite a bit closer to the hoodoos than some of the other viewpoints did.

Hoodoos are the spires that you see that rise up from the ground. At Bryce Canyon, hoodoos range in size from that of an average human to heights exceeding a 10-story building. Formed in sedimentary rock, hoodoo shapes are affected by the erosion patterns of alternating hard and softer rock layers. Minerals deposited within different rock types cause hoodoos to have different colors throughout their height.

Sunrise that next morning was at 7:43am. The temp was a bit chilly that morning at 23F. So I bundled up up and set out for Inspiration Point. I arrived there at around 6:15am in order to get to my location and get everything setup and ready to go for the sunrise.

When I arrived at the parking lot, I was the only one there. It was still very dark out. I grabbed my camera, tripod, and all of my other equipment and headed along the rim to the location we had scouted out the day before. I was wearing one of those new types of lights that are attached to a headband which made carrying all of the equipment and making it through the dark pretty easy. I reached the location and setup the tripod and attached my Nikon D7100 camera body with the Nikon 14-24mm lens to it. I had made sure the day before that the Nikon 14-24mm lens was the right lens for the wide shot that I wanted to get. 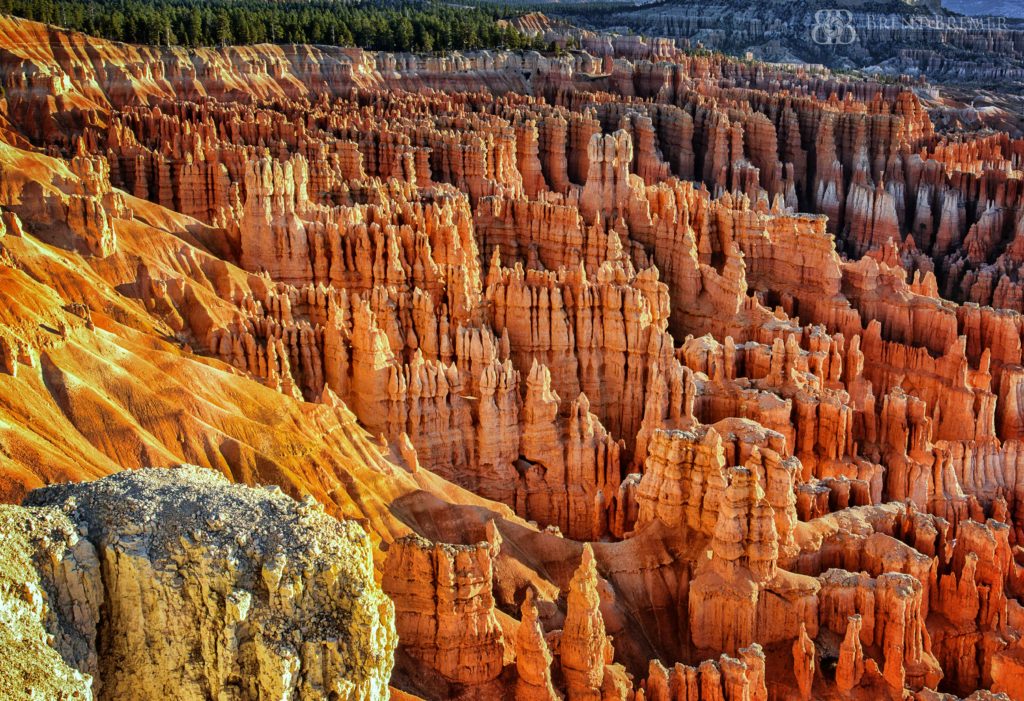 It was a strange feeling standing there on the rim in total darkness, knowing that a few feet in front of you was pretty much a shear drop off down into the canyon. As the time got later and the sun began to rise I was able to begin to make out the size of the canyon and the shapes of the Hoodoos. There was still no one else in sight yet, most likely due to it being the off season. As soon as I had enough light, I began to adjust the camera and make some test shots in order to ensure that all of my setting were correct. The canyon faces east so as the sun came into view it lit up the entire canyon of Hoodoos in a warm light that provided the shadows to accent the tremendous scope of the canyon. The light also brought out the magnificent colors.

At the same time that I was capturing images with my tripod setup, I also used my Nikon D7000 with my Nikon 70-200mm zoom lens to zoom in and capture some of the finer details of the Hoodoos and the tree line.

This was a tremendous experience I will not forget. If you ever have the opportunity to see this National Park, don’t hesitate to go. You won’t be disappointed.